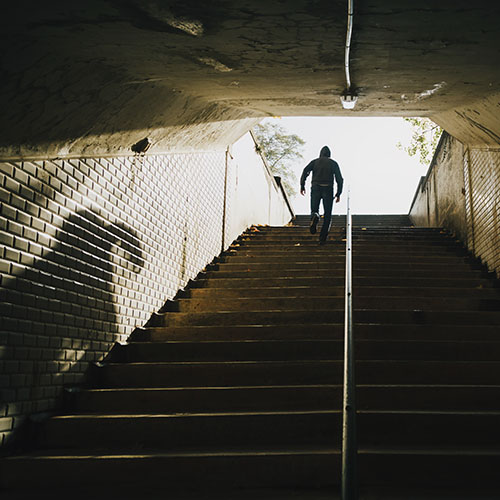 The government launched their newest iteration of their Beating Crime Plan (BCP) back in July of last year, giving police forces up and down the country a seven per cent increase in funding for 2022-23.

Recent reports show the BCP has made a significant impact on bringing down crime on UK streets. Since 2019, the police have closed over 1,500 county drugs lines, made over 7,400 arrests and seized £4.3 million in drugs. They’ve also confiscated 16,000 knives and dangerous weapons.

Getting to the source of the problem

But it’s not just proactive policing that’s bringing about change – Violence Reduction Units (VRUs) receive part of this funding, and have quietly been going about their equally positive work in the background.

The majority of these initiatives are set aside for young people and getting to the root of what might cause someone to go into a life of violence – poverty, inequality, lack of opportunity etc.

Since their inception, Violence Reduction Units have supported 300,000 at-risk young people and they’ve now been given £17m extra funding.

They’re made up of a group of specialists who work, not just with the police, but with councils, the NHS, schools and charities, to combine efforts in the community and bring about lasting change.

A lot of the funding is set aside for after-school initiatives. For example, Safety Box in London delivers after-school workshops to support those young people who are most at risk of being recruited into crime or being injured by it.

It’s important young people are exposed to initiatives like these during school hours. It’s when they’re most engaged and it can also help spread good habits – those who have completed the programme can be powerful advocates and continue to spread the good message that VRUs want to communicate.

There are some VRU programmes that speak to a specific problem. In response to growing rates of sexual harassment of women and girls in public spaces, Greater Manchester’s VRU have started taking gender-based violence workshops into schools across the region.

They’re part of the Mayor of Greater Manchester’s wider 10-year Gender-Based Violence Strategy and are targeted at students from 11-16 to help draw attention to harmful attitudes and behaviours.

Giving everyone a second chance

But it’s not just schools where VRUs are making in-roads. Some VRU’s have broaden the reach of their support.

The ‘You Decide Team’ based in Glasgow are there for people of all ages who want to turn their life around. It could be that they’ve been caught up in violence, fallen victim to addiction, or just unhappy with their situation and want to take their lives in another direction.

The team will support anyone at any time in their lives, as long as they believe they need it. Project lead Callum Hutchinson sums up their service: “The YDT can help you work out what you need and where to find it. We don’t judge, but we will listen and help you take back control.”

London’s VRU said it best – ‘we believe violence is preventable, not inevitable.’ The police service can’t fight violent crime on their own. They need initiatives like VRUs in the background that get to the source of why these crimes keep happening and give people more opportunities to find a safer, more fulfilling journey through life.