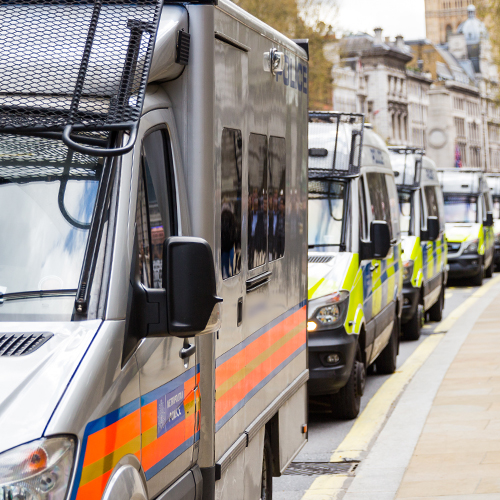 Has Covid changed crime for the better or worse?

Home > Has Covid changed crime for the better or worse?

Almost all types of crime fell during the first lockdown – reported crime at the end of March in Lancashire dropped by 40% compared to a 4-year average. Although domestic violence and antisocial behaviour rose as a consequence of lockdown measures, generally the country enjoyed a year of much lower criminal activity.

It could be argued, however, that instead of criminals committing less crime, they actually just changed the way they approached it.

While misdemeanours on our streets plunged, cyber-crime rates in 2020 hit an all-time high. The Office of National Statistics recorded 4.4 million victims of cyber-crime in the UK last year, accounting for £2.3bn in losses.

The uncertainty, fear and anxiety around a global crisis were just the types of emotions cyber criminals could build their phishing campaigns around. And their tactics were made even more effective with the majority of people working from home – without their employer’s security systems as a first line of defence, workers were left much more exposed.

The types of methods they’ve used have been wide ranging. One example has been the rise in cryptocurrency fraud. Cryptocurrencies have gained publicity recently and piqued people’s curiosity, making them an ideal vehicle for unscrupulous activity.

In an article with Raconteur, Director General at the National Economic Crime Centre (NECC), Graeme Biggar, says more scams are asking for cryptocurrencies as their method of payment as it’s quicker and harder to trace.

And fraudsters are catching young people and students out on social media with money mule adverts. These are scams where victims are offered payment to move funds from one account to another, essentially laundering money unknowingly.

The police have, however, had some success rooting out some of the culprits. The Dedicated Card and Payment Crime Unit has shut down 1,600 social media accounts linked with fraudulent activity, 500 of which were being used to recruit young money mules.

Sadly, now social distancing measures are being eased, traditional categories of crime are starting to climb too. According to a report by the LSE Centre of Economic Performance, violent crime and drug offences in poorer areas are back to pre-pandemic levels.

Parts of the country that have experienced high levels of unemployment are now showing higher than normal rates of anti-social behaviour.

So, it looks as though the break from traditional criminal activity could be relatively short-lived. And as crime levels get back to what we’re used to, the police are going to find it harder to respond to breaches of Covid restrictions.

Chief Superintendent Paul Griffiths had this to say in The Independent: “In terms of prioritisation, we have to balance a large amount of demand as it stands and on top of that you’ve got the coronavirus regulations.”

Whereas the police had the resource in lockdown to put more emphasis on Covid-related crime, it’s now likely to be much more stretched. Teams will only be able to respond to those instances that could cause the most harm to public health, such as house parties and unlicensed raves.

So while some crime categories dropped but never went away, new ones formed, and online criminals grew in numbers and sophistication. As we move out of what hopes to be the final lockdown, it looks as though the Police force has never been more important in keeping the country safe.

This note is not intended to give legal or financial advice, and, accordingly, it should not be relied upon for such. It should not be regarded as a comprehensive statement of the law and or market practice in this area. In preparing this note we have relied on information sourced from third parties and we make no claims as to the completeness or accuracy of the information contained herein. It reflects our understanding as at 12th May 2021, but you will recognise that matters concerning COVID-19 are fast changing across the world. You should not act upon information in this bulletin nor determine not to act, without first seeking specific legal and/or specialist advice. Our advice to our clients is as an insurance broker and is provided subject to specific terms and conditions, the terms of which take precedence over any representations in this document. No third party to whom this is passed can rely on it. We and our officers, employees or agents shall not be responsible for any loss whatsoever arising from the recipient’s reliance upon any information we provide herein and exclude liability for the content to fullest extent permitted by law. Should you require advice about your specific insurance arrangements or specific claim circumstances, please get in touch with your usual contact at Risk Management Partners.